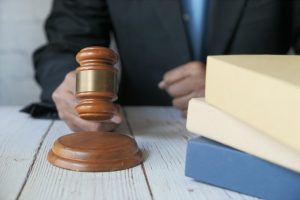 Not every legal dispute needs to end up in court.

In fact, it can be quicker and cheaper to explore Alternative Dispute Resolution (ADR). This is the process by which parties to a dispute take steps to resolve their dispute without resorting to costly litigation a court or tribunal.

How Parties Take Part in ADR

It is becoming commonplace for contracts to contain alternative dispute resolution clauses, which requires parties to undertake the ADR process before filing an action with a court or tribunal.  Such contractual provisions usually contain provision for mediation or arbitration – and sometimes both of those clauses.

The courts in Queensland encourage parties to undertake alternative dispute resolution regardless of whether there is a formal contract requiring the parties to do so.

There are also circumstances, where the Queensland Courts require it.  For example, Practice Direction No. 8 of 2001 requires the parties to a Family Provision Application in Queensland to undertake alternative dispute resolution process to resolve the dispute before proceeding to trial.  Also, the Land Court lists all appeals involving land valuations $5,000,000.00 or less to take part in a Preliminary Conference.

Below we discuss some of the most common forms of alternative dispute resolution in the Queensland civil court jurisdiction.

Mediation may be ordered by a court, may occur by agreement in the course of a proceeding by consent between the parties, or may be required under the terms of a contract that the parties entered.

Mediation is a relatively low-cost solution that takes place in a less formal setting than a court room where parties usually meet in law offices of one of the lawyers.  The mediation is conducted by a mediator, who is usually a barrister who has additional accreditation to conduct mediations.

Importantly, the mediator’s job is to not rule on the matter.  Rather, it mediation is an opportunity for the parties to resolve the dispute themselves.  The mediator, however, may help narrow the issues and provide a unique third-party perspective to the parties.

Before the mediation commences, the parties usually meet in a room where a representative of each side will take turns at providing an overview of their side’s respective position.  Following that, the parties will go into their own ‘break-out’ rooms.  The mediator will then go back and forth between each party, conveying items that each party raise and by providing settlement offers and counteroffers.

The other common form of alternative dispute resolution in Queensland that parties can take is through Arbitration.  Like mediation, parties to an agreement may consent to Arbitration or it may be made by order of a court or tribunal.  Importantly, where Arbitration has been ordered by a Court, there is usually a right of appeal from the decision of the Arbitrator.

As you may have guessed, an Arbitrator is the person who conducts the arbitration – which is a court-like process.

The Arbitrator is a qualified professional with legal and sometimes technical expertise in a particular industry.  For example, insurance, construction, engineering or mining sectors.

However, unlike mediation, Arbitration is a more formal setting than mediation and the decision of the arbitrator is final and binding upon the parties.

Arbitration is becoming the preferred way that parties from international jurisdictions prefer to resolve disputes.  Parties to international contracts may agree to UNCITRAL Model Law on International Commercial Arbitration (1985).  This model law provides sets out the process for resolving international disputes which also allows for an arbitrator from a country independent of the parties.

Aside from the convenience, fairness and cost benefits of arbitration, parties like this form of alternative dispute resolution due to its confidentiality.  When matters are filed with the Court, they become public by appearing on the courts’ website.  This allows journalists to report them publicly.

The court may order the parties to a dispute to undertake a case appraisal, where a “case appraiser” will meet with both parties.  Both sides that are required to a participate, will usually be required to prepare submissions, and provide other evidence that is relevant to their matter.

The certificate and the decision will then be filed in the registry of the court.