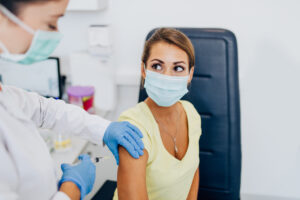 A recent Fair Work Commission decision to uphold the termination of an employee for not getting a Flu Vaccination may have you wondering whether this could apply to a COVID-19 vaccine.

Please read on to find out about this particular case and how it might affect you as an employer with staff policies regarding immunisations.

Goodstart Early Learning introduced an immunisation policy requiring all staff to receive the influenza vaccination unless they have a medical condition which makes it unsafe for them to be vaccinated.

A Lead Educator at Goodstart refused to be vaccinated on the basis that she has a “sensitive immune system”. Goodstart did not consider the medical evidence provided by the employee to be sufficient and terminated her employment on the basis that the educator had failed to meet the inherent requirements of her role.

The Fair Work Commission has recently found that the dismissal of the staff member was not harsh, unjust or unreasonable.

The Fair Work Commission was not satisfied that the vaccination amounts to an “inherent requirement” of the role. However, in its assessment of the facts of the case, it found that the child care agency’s direction that all its employees receive the influenza vaccination is a lawful and reasonable direction and that the agency had a valid reason to terminate the employment based on the educator’s “conduct in failing to comply with that direction”. 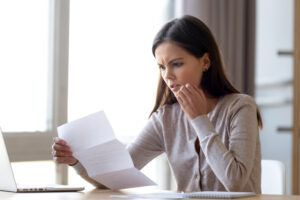 It also found that the agency’s policy was appropriately adopted and “had any evidence been presented that there was a real medical exemption it would have been considered and accepted”.

What Does This Decision Mean For Other Industries?

The Fair Work Commission acknowledged that “employer-mandated vaccination is a topical question in the current pandemic”, however, it was made abundantly clear that this decision relates to specifically the influenza vaccination in a childcare environment as this is considered a distinct industry that revolves around the care of children who are by nature more vulnerable and in general have poor hygiene standards which can make viral spreads easier and potentially more dangerous.

Importantly, the Fair Work Commission made the following remark in order to limit the use of this application of the findings in other industries:

“an attempt to extrapolate further and say that mandatory vaccination in different industries could be contemplated on the reasons [listed in the decision] would be audacious, if not improvident”.

For further information or if you would like our assistance with reviewing and/or drafting your employment policies, please contact our Employment Law and Industrial Relations team on 07 5539 9688 or leave an enquiry.