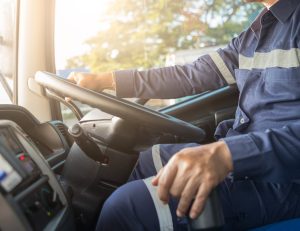 Two landmark decisions in determining when a worker is an employee or independent contractor were delivered by the High Court on 9 February 2022.  These decisions further the requirement of employers to ensure clear guidelines for varying contractual arrangements, and thorough written contracts, are in place for all contractors.

Furthering on from WorkPac Pty Ltd v Rossato [2021] HCA 23, the High Court continues to reinforce the importance of the written contract in resolving a workers status.  Hearing the cases together, the High Court considered the nature of an employment relationship, overturning 2 decisions by the Federal Court.

In the first case, Mr McCourt, a British backpacker, engaged as a self-employed contractor to undertake labouring duties with Personnel Contracting (trading as Construct). The High Court concluded that regardless of the ‘label’ chosen by Construct to determine Mr McCourt’s position as a “self-employed contractor”, the relationship was in fact considered as an employee-employer relationship.

Who is an Employee/Contractor?

The High Court considered the multifactorial test approach which was set in the historical cases of Stevens and Hollis (from 1986 and 2001). The High Court overturned these decisions and found that, in these two historical cases, the totality of the relationship had not been covered by satisfactory written contractual terms. In one case, there was no contract, in the other, the contract was partly written and partly oral.

The High Court stipulated that the Federal Court did not suggest in Stevens nor Hollis that, where one person has done work for another (under a comprehensive written contract), the court must perform a “multifactorial balancing” exercise where the history of all dealings between the parties should be exhaustively reviewed, even though no party disputes the validity of the contract.

Critically, both Stevens and Hollis dealt with disputes where there was either no written contract, or the contract was partly written and partly oral. This position taken by the High Court was advanced from the Rossato case.

The High Court further stipulated that, considering “the totality of the relationship between the parties” was not misplaced, but that it must be concerned with the rights and duties established by the written contract and contractual obligations of the parties.

However, it is important to note that the “label” the parties choose to describe the working relationship does not automatically determine the definition of the relationship. That characterisation is for the court to determine as a matter of law. 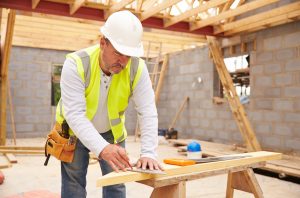 In the case of Mr McCourt, Construct controlled remuneration, location of work, hours and duties, and could terminate employment for non-compliance to Construct or clients’ directions.  As such, the High Court considered the “totality” of the contract with control being held by Construct, and that Mr McCourt was not running his own labouring business. The High Court found that it was impossible to conclude that Mr McCourt was not dependent upon, and subservient to, Construct’s business and that he clearly performed a contract of service as Construct’s employee.

On the other hand, in the case of Mr Jamsek and Mr Whitby, the individual carried the majority of risk by managing the overall responsibility of conducting a business, receiving payment through invoicing and negotiating fees, incurred business expenses such as insurances and maintaining a truck, and received tax benefits from the partnership.  This demonstrated that Mr Jamsek and Mr Whitby delivered services under a contract for services arrangement, rather than an employment relationship.

The High Court held that, as the terms of the relationship had been determined by a written contract and the contract had not been challenged as a sham contracting arrangement, the characterisation of that relationship must be determined in accordance with the rights and obligations stipulated by the contract.

After 1986, the contract between ZG Operations and the drivers’ partnerships provided that the

drivers’ partnerships would own and operate the trucks, which would transport ZG Operations’ goods. This was a condition imposed by ZG Operations as it refused to continue to employ Mr Jamesek and Mr Whitby as drivers.

What should businesses do?

Moreover, businesses are highly encouraged to ensure all employment and contractor arrangements are formalised in appropriately drafted contracts, as the courts will assess the characterisation of the relationship between the parties in accordance with the rights and obligations stipulated by the written contracts.

Contact our Employment and Workplace Relations team for advice on contracts and any employment related matters.

The information in this publication is of a general nature and is not intended to address the circumstances of any specific entity or individual. Although MBA Lawyers endeavours to provide accurate and timely information, no guarantee is provided that the information is accurate at the date it published or that it will continue to be accurate in the future.