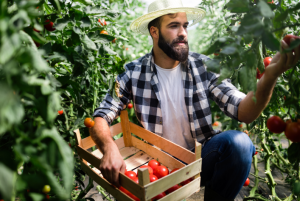 Working holiday visitors to Australia will now save thousands of dollars after the High Court of Australia issued landmark decision, ruling that the so-called “backpacker tax” is invalid.

Back in 2016, new laws were passed by the Federal Government that imposed a 15% backpacker tax rate.  Previously, working holiday-makers were eligible to earn up to $18,200.00 per annum tax free.   This matched with the way that tax law applied to other Australians.  That is, other Australian tax residents were entitled to the benefit of an annual tax-free threshold of $18,200.00.  This meant that it was only after an Australian earned more than $18,200.00 in a given year that they were required to pay any tax.   On amounts above $18,200.00 per annum, there are a series of marginal tax rates, starting at .19c in the dollar.

‘A form of discrimination’

The High Court (as the top Court in Australia) had been asked to decide whether an earlier judgment of the Federal Court made on 30 October, 2019 was appropriate.   The High Court has now confirmed that the tax was a “form of discrimination based on nationality” and it means that the tax cannot be applied to working holiday visitors, which in the test case was a British woman living in Australia.   The landmark ruling is that the tax was in contravention of a non-discrimination clause in a double taxation treaty between Australia and the UK.

Such non-discrimination clauses are built into the tax treaties between Australia and numerous other countries, including the USA, Germany, Finland, Chile, Norway and Turkey.  There also exists a similar clause in treaty between Australia and Japan.   This means that the High Court decision will apply to working holiday makers from those countries.

Just to clarify: the tax on working holiday-makers has meant that, prior to this Court ruling, any foreigner on 417 or 462 visa earning less than $18,200.00 per annum has had to pay 15% tax, unlike Australians, who are not taxed on similar earnings.

Decision comes at the right time

The news of the High Court ruling was met with widespread applause, particularly as it has come at the nice timing of the re-opening of our international borders.   Many Aussie farmers are happy because they had been concerned about the way that the backpacker tax dissuaded international travellers coming to Australia to work in regional industries.  Many farms in Australia rely on foreign visitors to support their business.  The backpacker tax had also created big worry about the effect on our tourism industry, which has already suffered harm in the last 2 years due to the travel restrictions caused by the COVID crisis.  This landmark decision comes at the perfect time to help in the support to both international visitors as well as Australian business owners.

Employers can access individual advice from our expert Employment and Workplace Relations team.

Contact us today if you need assistance understanding your employee’s casual work arrangements on 07 5539 9688 or leave an enquiry.