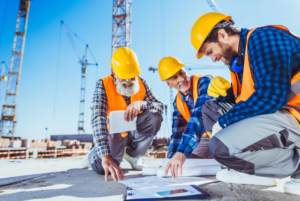 Last week the Queensland Court of Appeal delivered an important decision for subcontractors on payment claims under the Building Industry Fairness (Security of Payment) Act 2017.

The appeal was about whether a payment claim issued by a subcontractor to the head contractor under the Building Industry Fairness (Security of Payment) Act 2017 contained claims relating to two different construction contracts, and if it did, then whether the payment claim was invalid.

The subcontractor was engaged to design and construct a secant pile launch shaft as part of the works to install a pipe from Biggera Waters on the Gold Coast to South Stradbroke Island. The head contractor also hired a crane and operator from the subcontractor.

A number of payment claims were made by the subcontractor, but the head contractor did not deliver any payment schedules as required by the Act. The subcontractor subsequently started court action claiming the amount of the last progress claim.

The head contractor argued that the hire of the crane was a separate contract, and the costs of the hire could not be included in the payment claim. It argued that payment claim was invalid because it related to more than one contract.

The three Judges of the Court of Appeal decided that the “contract” for the crane hire, that the head contractor argued was a second contract, was in fact a variation to the construction contract and therefore was validly included in the payment claim.

The leading Judge said that a payment claim should not be treated as invalid for failing to comply with requirements under the Act for a payment claim, unless that failure is patent on its face.

Where a payment claim purports to be made under one contract, it is not made invalid simply because at a later time (either during the adjudication or otherwise) it is determined that part of the claim was, in fact, a claim under a different contract.

The Judge also said that provided a payment claim is made in good faith, and purports to comply with s 75(1) of the Act, the merits of that claim, including questions as to whether it complies with s 75(1), is a matter for adjudication after having been raised in a payment schedule.

A recipient of a payment claim cannot simply sit by and raise that point later, if it is not put in a payment schedule in response.

How we can help

Peter Waller of our construction law team at MBA Lawyers can help you with claims under the Building Industry Fairness (Security of Payment) Act 2017, including with payment claims, payment schedules, adjudication applications and contract administration issues.