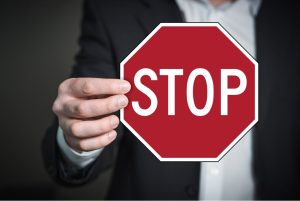 Very early on in my career I worked on a case where we applied for an ex parte Anton Piller order to recover financial documents in the husband’s possession. With a sealed Family Court order in hand, it was thrilling to accompany the federal police to the husband’s home, without any prior notice to him, to retrieve the documents and computers that the husband had refused to volunteer but which we needed to piece together what were the assets to be divided between the parties so that the wife could properly pursue her entitlement. Barely 5 minutes into my legal career I could have been mistaken for thinking that applications for injunctions, ex parte no less, were an everyday occurrence. Fifteen years on, I’ve come to learn that whilst they aren’t particularly common, an injunction is an important tool to preserve property that is the subject of dispute between separated spouses.

What is an injunction?

There are different types of injunctions. A mareva injunction is one that prevents a respondent from dealing with property. An Anton Piller order allows for the seizure of documents or other property. Injunctions can be prohibitive (to restrain a party from doing something) or mandatory (to force a party to do something). Ex parte (without prior notice to the respondent) applications for injunctions are not uncommon. If the respondent is given prior notice of the application, then this may spur them to quickly deal with assets before the court makes an order. If an ex parte order is made, then the court will relist the matter for a date shortly afterwards so that the party against whom the injunction was made can make submissions.

An injunction can help preserve assets that are held in a party’s personal name, as well as assets that are held in the name of a different entity (for example a company or trust) but in relation to which a party has power, directly or indirectly, to dispose of or deal with as if it were their own. Such orders are interim in nature and are usually made in circumstances of urgency where the court is unable to conduct an extensive and conclusive factual inquiry in a way which is fair to both parties. Injunctions do not involve a final determination of the parties’ positions; they simply assist in preserving the status quo until that comprehensive inquiry can happen.

Injunctive orders can either be quite broad or more specific. For example:

They can also bind a third party. For example:

They can also relate to parenting matters or the personal protection of a party. For example:

What is involved in applying for an injunction?

The hearing of the injunction application will generally not exceed 2 hours and cross-examination of a party or witness will only be allowed in exceptional circumstances[3]. Given these restrictions, it is crucial that the applicant’s evidence is presented in a clear and succinct way.

Depending on the complexity of the application and if counsel is briefed, an applicant can expect costs in excess of $10,000.

What must the court be satisfied of? 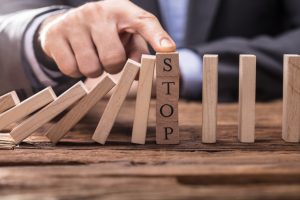 The power to make injunctions relating to other specific matters concerning married or de facto parties, including property, personal protection of a party or the use or occupancy of a residence is found in section 114 of the Family Law Act 1975, aided by section 90SS.

Injunctions that bind a third party are made under section 114, in conjunction with section 90AF of the Family Law Act 1975. Such injunctions can direct a third party to do a thing in relation to the property of a party, or alter the rights, liabilities or property interests of a third party.

The court must be satisfied that it is ‘just or convenient’ to make the injunction. Where an injunction is sought to restrain a party from dealing with his or her property, the applicant must first have an existing or potential claim to an order altering property interests and there must be a serious issue to be tried[6]. The applicant must show a sufficient likelihood of success to justify in the circumstances the preservation of the status quo. Also, they must demonstrate that the balance of convenience favours making the injunction sought. In doing so, they must establish a danger that the claim may be defeated or prejudiced unless the injunction is granted. It is unnecessary to demonstrate a positive intention on the part of the respondent to defeat the applicant’s claim, but merely the possibility of that occurring[7].

Mere suspicion or fear of assets being disposed of is unlikely to be enough to support an injunction application. On their own, ambiguous statements such as “I am not going to tell you anything. I have instructed my lawyer not to reply. I will do what I like. I will let it all go and you will get none of it. It can all go to tax and the bank” won’t be enough[8].

Some examples of the conduct that has led the court to make an injunction order are:

The terms of the injunction should not go further than necessary to do justice[17]. The court must balance the hardship to each party of granting or refusing to make the injunction. For applications involving property, it is usual for the court to require the applicant to give an undertaking as to damages. Typically, the undertaking would be along the lines of the applicant agreeing to compensate the respondent if they are materially affected by the injunction. 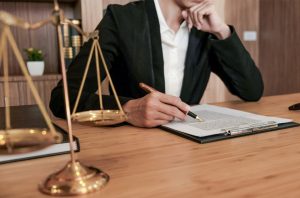 What happens if an injunction is breached?

For breaches of an injunction for the personal protection of a person, for example conduct that harasses or threatens to cause bodily harm to the protected person, the police may arrest the offender without warrant[18].

A fine or imprisonment is an option that the court can impose for breaches of an injunction concerning property[19].

What are the signs to look out for?

An injunction can be a useful tool in preserving the property pool, particularly in recent times when the courts have been more reluctant to notionally ‘add-back’ assets that a party has dissipated. But it is important to remember that it is only one of many tools that a litigant has. There is likely to be little utility in applying for an injunction in relation to real property in which there is little equity. If there are enough other assets to secure the applicant’s property entitlement claim, then incurring the costs in applying for an injunction may not be commercially sensible. Other options should also be considered. If the other party proposes selling an asset, could that course be agreed on the basis that the sale proceeds are paid into trust? Asking the bank if they’ll freeze accounts or lodging a caveat over real estate that is registered in the other party’s sole name may be just as effective, and would certainly be a cheaper alternative

For tailored advice in relation to injunctions, or any other family law matters, contact Joelene Seaton of MBA Lawyers.