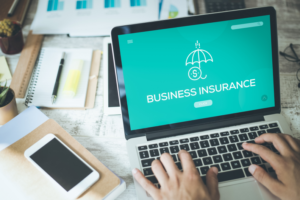 On Friday (8 October 2021), the Federal Court ruled in favour of some of Australia’s largest insurance companies in the second business interruption test case on COVID-19 claims. The Federal Court examined whether clauses in the businesses’ insurance policies covering infectious diseases, catastrophes or prevention of access, such as that wrought by lockdowns, were wide enough to cover the circumstances in which their business work had been interrupted by COVID-19.

Business Interruption Insurance Test Cases – What Has Happened So Far?

When COVID-19 hit in early 2020, many businesses had a business interruption insurance policy and made claims with their insurers. Despite making claims, many businesses have so far been unable to receive a payout under their policies for their revenue loss during the pandemic.

One of the first arguments used by insurance companies to refuse to pay these claims was that many business interruption policies excluded cover for pandemics through a reference to the Quarantine Act (although the Quarantine Act was repealed in 2015 and replaced by the Biosecurity Act).

In July this year, a High Court decision effectively ruled in favour of policyholders in not interfering in a NSW Court of Appeal decision which decided claims relating Biosecurity Act are not excluded.  This first test case decision is relevant to all Australian claims regardless of location.

The second test case was made up of nine small business claims that were lodged with the Australian Financial Complaints Authority as part of its dispute resolution process. The insurance companies involved are Allianz, Chubb, Guild Insurance, IAG and Swiss Re, with a case involving QBE being included in the test case.

The question considered by the Federal Court was whether clauses in the business interruption insurance policies dealing with infectious diseases, catastrophes or prevention of access covered the losses claimed. The insurance companies argued that businesses who were disrupted by COVID-19 are not entitled to compensation under the insurance policies because their business loses were not sufficiently linked to virus “outbreaks” or government restrictions.

The Insurance Council of Australia has said that the way in which COVID-19 has impacted most businesses in Australia has not been direct, but largely due to secondary actions such as those taken by government authorities. Also, in many cases, businesses were able to operate but under changed circumstances, and governments have also provided support and compensation such as JobKeeper.

The Federal Court Judge said while businesses had been barred from their shops and offices, the fact that this was not because of any outbreak specifically on their premises meant the losses stemming from it were not covered by the policies. She also said that not all the businesses were ordered to close by the government. The insurance companies argued that while some did so because it was not viable to stay open during lockdown, they were not specifically required to – as required for a successful payout.

The Federal Court has anticipated and planned for the decision to be appealed given the complex nature of the matter and has already set aside time in the second week of November 2021 to hear any appeals that may be filed by insurers or policyholders.

What Can You Do?

Insurers will respond to affected customers who have lodged business interruption claims on a case-by-case basis. However, the vast majority of claims will not be able to be finalised until further clarity is provided by the second test case. Businesses should continue to review their insurance policies in light of the test case rulings.

Contact Peter Waller on (07) 5651 2000 or email peter.waller@mba-lawyers.com.au for assistance with reviewing your policy and legal advice regarding business interruption claims.