A High Court decision has meant there is still hope for Australian businesses that have insurance COVID pandemic payout claims. The High Court has decided not to hear an appeal by the insurance industry against an earlier decision that insurance companies were not able to rely on an exclusion clause found in many business interruption insurance policies to avoid paying compensation to business owners affected by the pandemic. Please read on for what this High Court decision means for businesses.

Business Interruption Insurance Test Cases – What Has Happened So Far?

When COVID-19 hit in early 2020, many businesses had a business interruption insurance policy and made claims with their insurers. Despite making claims and involving the financial complaints regulator AFCA, many businesses have so far been unable to receive a payout under their policies for their revenue loss during the pandemic.

One of the arguments used by insurance companies to refuse to pay these claims is that many of these business interruption policies sought to exclude cover for pandemics through a reference to the Quarantine Act (although the Quarantine Act was repealed in 2015 and replaced by the Biosecurity Act).

A test case on this issue heard in late 2020 in the NSW Court of Appeal, ruled in favour of business policyholders. The New South Wales court decided that the exclusion clause only protected insurance companies under the Quarantine Act, and the phrase “and subsequent amendments” referred to amendments to that Act.

The court ruled the Biosecurity Act “did not provide for declarations of quarantinable diseases by the Governor-General”, instead referring to a “listed human disease”. They said COVID-19 was never declared a quarantinable disease, and therefore claims relating to it are not excluded.

In December 2020, the insurance industry lodged an appeal application with the High Court of Australia for special leave to appeal the judgment of the NSW Court of Appeal. On 25 June 2021, the High Court denied the special leave application. This means that the decision made by the NSW Court of Appeal in favour of policyholders will stand and is binding on insurers. There are no further avenues of appeal available in respect of the first test case.

As the High Court decided not to hear the appeal, insurers will not be able to rely on the Quarantine Act exclusion to deny liability in policies written in the same terms as the policies considered in the first test case.

The insurance industry says there are other issues concerning the interpretation of business interruption policies that need to be resolved in order to determine whether policyholders will ultimately be covered.

Insurers have commenced proceedings in a second test case in the Federal Court of Australia to test the application of further issues of pandemic coverage in business interruption policies. The second test case is scheduled to be decided in late August 2021.

The second test case will decide the meaning of policy wordings on: 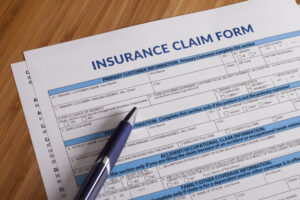 What Can You Do?

Insurers will respond to affected customers who have lodged business interruption claims on a case-by-case basis, however, the vast majority of claims will not be able to be finalised until further clarity is provided by the second test case.

Businesses should review their insurance policies in light of the test case ruling as they may now be able to claim its COVID-19 business-related impacts.

Contact Peter Waller on (07) 5539 9688 or email peter.waller@mba-lawyers.com.au for assistance with reviewing your policy and legal advice regarding business interruption claims.