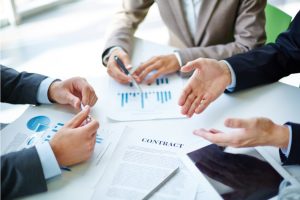 A major union has received a big win with a recent decision handed down by a Full Bench of the Queensland Industrial Relations Commission (QIRC) in Mackay Regional Council v Queensland Services, Industrial Union of Employees & Ors (No. 2) [2022] QIRC 011.

The Full Bench found that the QIRC has no powers to order that a portion of the workforce have their own agreement after the commencement of arbitration.

During the enterprise bargaining process, it was clearly identified that logs of claims, and a draft proposed agreement provided by Council, were based on the single Certified Agreement covering employees under the Streams A, B and C Awards.  Having reached an impasse during the enterprise bargaining process, Council filed an application under s 175 of the Industrial Relations Act 2016 (Qld) (Act), seeking assistance for the QIRC to negotiate a Certified agreement. Having not reached agreement in conciliation, the matter was referred to a Full Bench for arbitration.

Scope orders cannot be made after commencement of arbitration

The Full Bench found that while the Act provides at s 184 (1) that applications of scope orders may be submitted by unions, scope orders cannot be made after the commencement of Arbitration. At no stage did either union make an application for a scope order in relation to employees covered by Streams B and C Awards in this matter.

Furthermore, the Full Bench also found that General Powers given to the QIRC under s 451(2)(c) of the Act, does not give the QIRC jurisdiction to determine that employees covered by Streams B and C Awards should have their own Certified Agreement as such a determination would, in effect, mean that the Full Bench is making a scope order which is prohibited after the commencement of arbitration.

How does this impact your enterprise negotiations?

Enterprise Bargaining is a complex and highly strategic process. Before the commencement of enterprise negotiations, employers should undertake strategic preparation and research in order to understand the needs of the business, the employees who are proposed to be covered by the industrial instrument/s, items to be included on the logs of claims, and the financial impact of those claims on the employers’ budgets.

Contact our Employment and Workplace Relations team for any matters relating to enterprise bargaining and strategic planning.

The information in this publication is of a general nature and is not intended to address the circumstances of any specific entity or individual. Although MBA Lawyers endeavours to provide accurate and timely information, no guarantee is provided that the information is accurate at the date it published or that it will continue to be accurate in the future.