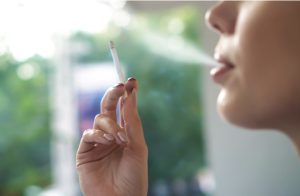 In precedent-setting news this month, we summarise the orders of the Adjudicator in Artique [2021] QBCCMCmr 596, which has received nation-wide coverage for banning a resident from smoking on the balcony of their lot.

This adjudication followed a long-standing dispute between owners of two apartments at Artique CTS 34902.

The applicant claims the respondent is a chain smoker who spends about 5 minutes smoking a cigarette on her balcony every 20 minutes. The applicant’s submissions relied on the concerns of cigarette smoke drifting into her apartment and its impact on her health, as well as the cigarette smoke interfering with her use and enjoyment of her lot and her balcony. The applicant provided supporting research to her submissions that confirms passive smoking is a health hazard.

The by-laws for Artique CTS 34902 contain a by-law regarding smoking that provides an owner or occupier must not cause a nuisance or hazard, interfere unreasonably with the use or enjoyment of another lot or the common property by other person by smoking anywhere on scheme land including their own lot.

The respondent made submissions to the effect that:

The Adjudicator’s findings on smoking

The Adjudicator found that the respondent’s smoking on her balcony constituted a hazard and is therefore in breach of the smoking by-law for the scheme and section 167 of the Body Corporate and Community Management Act 1997 (Qld) (BCCM Act).

The Adjudicator was careful to comment that the respondent’s claim that the by-laws are not the law misapprehends her obligations as an owner at the scheme, noting that the BCCM Act provides that owners and occupiers are bound by the Community Management Statement, of which the by-laws are included.

The Adjudicator discussed that in relation to ‘hazard’ in the context of section 167 of the BCCM Act, QCAT has said it is a non-technical term that “…plainly relates to situations with a potential for harm which has not yet occurred”. Further, in relation to a ‘nuisance’ it needs to be “of such volume or frequency that it would interfere unreasonably with the life of another lot owner of ordinary sensitivity.”

The Adjudicator could not conclude that the respondent’s actions were causing a nuisance as the applicant failed to provide sufficient objective evidence as to the volume and frequency of the cigarette smoke drifting into their lot.

The Adjudicator did find that the respondent’s cigarette smoke was a hazard and that there is sufficient widely accepted research that confirms second-hand tobacco smoke if a health hazard and the applicant did not need to provide medical evidence on the impact of the smoke on themselves to establish this. The Adjudicator concluded that second-hand cigarette smoke is a hazard in that it presents a risk of harm, and that the risk of harm is serious and therefore does not appear to be a safe level of exposure to second-hand smoke.

From this, the Adjudicator made orders that the respondent was in breach of the smoking by-law for the scheme and is prohibited from smoking tobacco products on her balcony and may only smoke within her lot if she takes reasonable steps to ensure the tobacco smoke emanating from her lot does not affect any person lawfully using another lot or part of the scheme land.

Lack of enforcement of by-laws

Interestingly, the Adjudicator also made comment on the Body Corporate and the lack of enforcement of the by-laws in this instance. The Adjudicator commented that the Body Corporate did not meet its obligation in enforcing the by-laws and should have taken further steps to investigate the matter, particularly given the applicant’s complaint that a by-law was being breached.

So, what does this mean for Body Corporates in Queensland moving forward? Well, it is a timely reminder for owners and occupiers within community title schemes that they do not have unfettered rights in comparison to land title owners. And it again shines light on the failure of state parliaments to make any clear rulings on these issues or to make clear that strata title and land title are very different.

Ensure by-laws are valid and enforced

Finally, these orders again emphasise the importance of by-laws within community title schemes and to ensure they are valid and enforced. Body Corporates have a legislative obligation to enforce their by-laws, and owners and occupiers similarly have a legislative obligation to comply with the by-laws. Ensuring by-laws are scheme appropriate and meeting current legal standards will promote harmonious living amongst residents and avoid ambiguity over how lots and scheme land can or can’t be used.

We consider the Body Corporate are very lucky in this instance that the applicant did not also join them as a respondent to this adjudication application for failing to enforce a by-law breach. If you are concerned that your Body Corporate is not enforcing its by-laws, or that your by-laws may not be valid or current, get in touch with one of our Body Corporate Lawyers today to discuss your options.