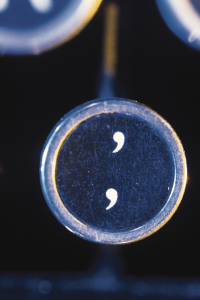 Correct punctuation matters – not only for clear communication but also to avoid legal trouble like defamation.

Late last month, a New South Wales court refused to dismiss a defamation case against a real estate agent who apparently failed to use an apostrophe in a social media post.

As Judge Judith Gibson explained in her finding, the issue was the use of “employees” in the plural, instead of “employee’s” in the singular possessive.

“To fail to pay one employee’s superannuation entitlement might be seen as unfortunate; to fail to pay some or all of them looks deliberate,” she said.

The court refused to dismiss the case because of the serious nature of the claim and that the alleged defamatory meanings were reasonably capable of being conveyed.

While the presence or absence of an apostrophe might seem a trivial matter for some, it does have serious, and expensive, legal implications with the trial estimated to cost at least $160,000.

The lesson is clear. Words are important and the correct use of grammar and punctuation can change the context of a sentence.

Courts have found that even emojis can be used to convey defamatory meanings, as we covered in a blog post earlier this year.

As more people use social media to contact businesses, as well as stay in touch with family and friends, it is important to be thoughtful when writing a post. Also, be mindful of how your post might be interpreted by others.

Given that the most popular social media sites are largely in English, using these platforms creates additional challenges for those who are not native English speakers.

The outcome of a court case, for example, might be influenced by the plaintiff or defendant’s understanding of the nuances of different languages.

Do you need assistance in dealing with a defamation matter? MBA Lawyers has specialists in media and the law, including social media, who will be able to help.