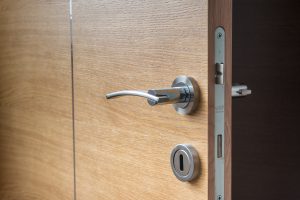 SUMMARY OF ADJUDICATION ORDER: Chevron Renaissance [2021] QBCCMCmr 208
In this recent adjudication order, the Commissioner’s office maintained the position that by-laws cannot impose monetary liabilities on owners and occupiers and that such by-laws are invalid by law. The parties include a Lot Owner as the Applicant and the Body Corporate for Chevron Renaissance CTS 30946 as the Respondent.
This matter arose when the Body Corporate forwarded an invoice for the repair of a door to the Owner for payment following Queensland Police damaging the Lot’s door when attending as part of a search warrant. The Lot Owner has leased their Lot to a tenant (Occupier) who failed to open the door to the Police, so the Police used justified measures to cause the door to the Lot to open, unfortunately damaging the door in the process though. As the door is classified as common property, the Body Corporate is liable to maintain and repair the door under the Act.

The Body Corporate in this matter has two by-laws included in its CMS that purport to impose monetary liabilities on owners and occupiers who cause damage to common property or breach a provision of the Act/by-laws. The Body Corporate took the position that the Lot Owner was ultimately liable for the damage as the damage occurred in the course of an activity that concerned the Occupier, and so the Body Corporate forwarded the invoice for the repair of the door to the Owner for payment.

However, the Adjudicator deemed those two by-laws invalid at law on a number of grounds including: